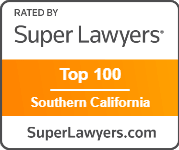 For more than 25 years, Bailey & Partners has been building a reputation for mastery in the most challenging and highest stakes personal injury and business litigation cases. This legacy began with Patrick Bailey who has a particular focus on the aviation industry and aviation law. As an avid pilot, former flight instructor, commercial pilot, former member of the United States Airforce, and Aviation Law Instructor at a California State University, Mr. Bailey combines extensive legal expertise with comprehensive knowledge of FAA rules and regulations as well as uncommon understanding of the science of aviation.

With wide experience in personal injury law as well as business and contract law, Mr. Bailey has the skill to handle nearly any legal challenge that you may face. His experience in the high dollar, high stakes, and high complexity arena of aviation has served him well with countless cases that were unrelated to the airline or helicopter industries. Mr. Bailey has served as General Counsel and as a Board Member for the Santa Monica, CA Museum of Flying for over 25 years.

If you are interested in discussing your case with Bailey & Partners, call for a free initial consultation at 1.800.973.2263.

After serving in the United States Airforce and graduating from LaVerne College of Law in 1978, Mr. Bailey added to his academic knowledge of the law with hands-on experience. Over the last 25 years, he has cultivated a reputation with his peers as an outstanding professional with uncanny attention to detail, a deep well of integrity, and an unshakable commitment to winning. His extensive experience is complimented by his ability to represent clients in multiple courts throughout the nation and to represent client’s from around the globe. Bailey & Partners has litigated in Alaska, Colorado, Florida, Montana, Oregon, Texas and, of course, California and has protected clients’ best interests in Europe, Asia, and across the United States. Mr. Bailey has multiple Bar Admissions:

Along with numerous memberships in elite legal organizations including the invitation only American Board of Trial Advocates (ABOTA), Mr. Bailey is also a member of the National Business Aviation Association (NBAA), the Aircraft Owners and Pilot’s Association (AOPA), and the Helicopter Association International (HAI). He is also an active member of the National Transportation and Safety Board Bar. If you need a lawyer who is well-qualified for nearly any legal challenge you come up against, contact Bailey & Partners.

In July 2016, Mr. Bailey was inducted into the Space Camp Hall of Fame in Huntsville, AL for his contribution in writing and producing the movie “Space Camp”. He has also been awarded the TOP 10 Best Attorney, Client Satisfaction Award since 2015 and has received consecutive awards from The National Trial Lawyers Association where he has been named Top 25 Products Liability Trial Lawyers and Top 10 for Aviation Trial Lawyers.

Patrick has also recently been quoted in AOPA magazine.

Patrick’s path to personal injury lawyer had some interesting experiences that help make him uniquely successful in his industry. Here are a few things that may surprise you about Patrick Bailey’s early life.